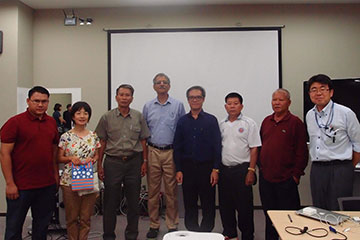 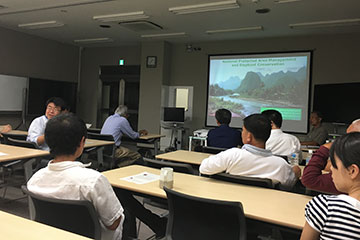 The protected area system in Laos was initial established officially in 1993 through PM Decree 164. This establishment announced 18 national protected areas (NPA). Recently, the NPA has further expanded to 24 sites, encompassing 3,768,080 ha or about 15.1 % of the country total land area. Due to a large coverage of NPAs, its management involves different government levels including village and sub-village committees, district technical teams, inter-provincial national protected area committees and central level support. The NPA has played an important role in conserving the forests and wildlife as well as improving local livelihoods. However, there are numbers of challenges related such as human resources, monitoring tools and financial limitation. The majority of the national protected areas is dependent upon annual financing from the Forest Development Trust Fund. Wildlife is under serious threat, especially elephants. Nowadays, elephants still remain widely in the nature mostly in the protected areas but very patchily distributed in forested areas, both in the highlands and lowlands. Two important and potential habitats for them are NPAs in Sayabouri Province west of the Mekong and Nakai Plateau. Other potential important elephant habitats might be in Phou Phanang and Phou Khao Khouay in Vientiane Province; Phou Xang He in Savannakhet Province; Dong Ampham and Dong Khanthung, including Xe Pian, close to Cambodian border; and Nam Et, Nam Xam, Phou Daen Din, and Nam Ha in the north, close to the Vietnamese and Chinese borders. The total population was estimated around 500-1,000 of wild elephants in 1990s. 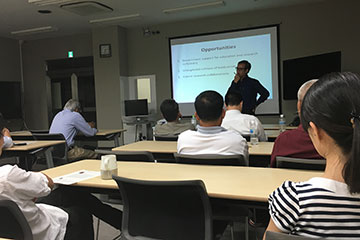 The education in Laos is considered as rapid progress since the 1980s. However, there are several challenges for Lao government to ensure a standard and quality of education are accessible for its population, especially for rural ethnic communities. The faculty of forestry (FOF) plays important roles to provide formal and informal educations and trainings related to forest management and conservation in Laos. Natural forests are the most important for national social-economic development and supporting the local people livelihoods as well as maintaining environment in Laos. During the mid of 19th century, wildlife and their habitats were widely destructed due to variety of reasons, in particularly the infrastructure and energy development. The forest conservation has been promulgate by the government through policies, laws and regulations. However, human resource development is necessary and required as a first priority. The FoF has been assigned not only in providing long term and short term education but also pursuing for scientific research. Further international collaboration and action are required to full fill this assignment.